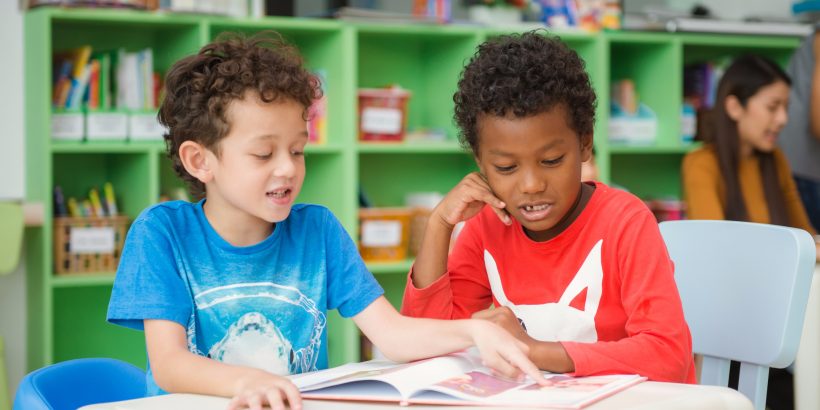 Title: An online study of phonological awareness and the developmental level of the mental lexicon among lower-school students

Abstract: The study reviews the influence of phonological awareness and the developmental level of the mental lexicon in relation to learning to read and presents an online measurement device, developed to diagnose these two areas, the operation of which is described on the basis of the research results. The study served a dual purpose: (1) to conduct large-scale empirical testing of the online measurement system, which is suitable for the determination of these two areas; (2) to determine how we can characterize these areas in students in the initial stages of primary education. The large-scale survey was carried out with the participation of first- to third-grade children (n=1515) on the eDia platform in the spring of 2014. The research results showed that the test is reliable (0.92). The difficulty indices of the tasks covered a large portion of the population. Each dimension of item difficulty was analysed on the basis of student skills. Based on the results obtained, the mental lexicon subtest was easier (0.79) for the children than the phonological awareness subtest (3.00). A comparison of the dimensions showed a significant correlation between the two areas (r=0.89, p<0.01). The average skill level among students increased in the higher grades. A significant difference was experienced between the second and third graders, with the development process accelerating in the third grade. The performance of the children was divided into five ability levels according to a criterion-referenced assessment. There were already first graders who were at the optimal ability level (8.5%), and there were third graders who were only in the initial stage (8%). With minimal differences (0.05), the girls showed a higher ability level than the boys. Students who used computers were also at a higher ability level (0.025) than those who did not (-0.025).

Reference: Szili, K. (2016). An online study of phonological awareness and the developmental level of the mental lexicon among lower-school students. Magyar Pedagógia, 116(3). 257-283.